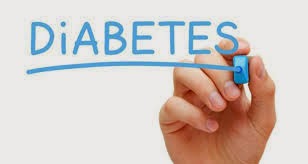 Diabetes mellitus is a group of metabolic diseases characterized by high blood sugar (glucose) levels that result from defects in insulin secretion, or its action, or both. Diabetes mellitus, commonly referred to as diabetes (as it will be in this article) was first identified as a disease associated with "sweet urine," and excessive muscle loss in the ancient world. Elevated levels of blood glucose (hyperglycemia) lead to spillage of glucose into the urine, hence the term sweet urine.

Posted by Bioresonance.EU at 1:13 PM

By healing and developing people using innovative technologies today, we make the world better tomorrow.
Wireless Electromagnetic Field Therapy Devices. Wireless disease treatment without drugs and surgery.
Wireless electromagnetic treatment devices are intended to arouse and supplement dormant reserves in the body and to reveal and destroy parasites and viruses.

Only customers who have purchased devices over www.a-ll.dkcan always count on the personal support. If you did not purchase your devices from our website, in these cases, please contact with your seller. Thanks for understanding.